A collection of mostly M/f spanking stories written by Breanna Carter and friends :) 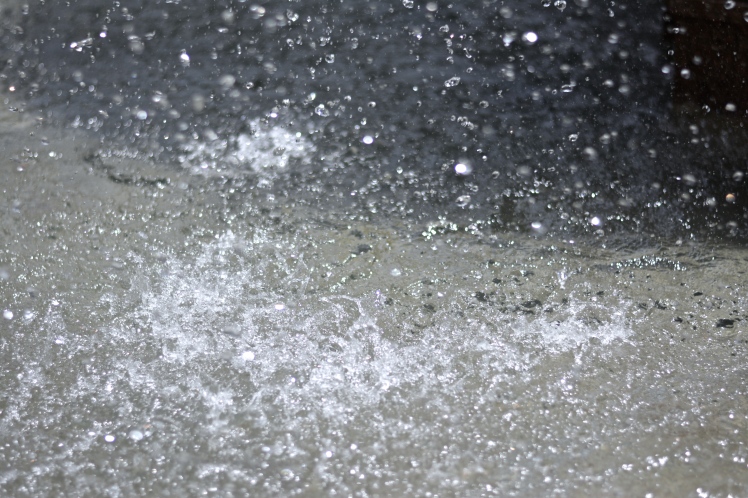 Part 4 in the Lizbeth series.

I couldn’t tell whether I was amazed by the lightening or scared of it! The storms in Louisiana during the summer are really frightening, especially if you’re not used to it. Kat, unlike me, was bored with it.

“Kat, let’s do something,” I whined, moving away from the window and plopping down on Papa’s bed.

She looked up from the tv that was chattering away in Spanish, like she could understand what it was saying. I mean, every so often she’d yell out a word she knew, like “ohhh!!! Monday!” Yes, it was confusing. At first I had no idea what she was talking about, but then I started paying attention and I got it. “What do you want to do?” she asked.

I shrugged. “I don’t care. Anything but sit in here. I’m sick of the house.”

She thought about it for a second, then got back distracted into the tv because she understood a word.

I sighed and thought about it for a minute. “Hey, you know anywhere where there’s hott guys??” I asked, wanting to pick up an American boy. That’d be awesome.

She raised her eyebrows. “You’re not looking for marriage, yet, are you??” she asked.

I rolled my eyes. “No, but wouldn’t staring at guys be more fun than sitting here watching tv in a language you don’t understand?”

She digested that. “Of course, but the point is, if I knew where the hott guys were, don’t you think we’d already be there?”

“Can’t we just go driving around?” I whined.

“I’d really like to,” she said, “but didn’t your dad say we should stick around the house for a little while today, at least til the weather calms down?”

“It’s calming down!” I said.. which was partly true.. if calming down means the clouds were rolling away, slowly but surely.

She came over to me and looked out the window. “Looks calm to me,” she said, sarcastically, but playfully punched me on the shoulder and smiled. “Let’s go downtown and see what we can find to do down there. There’s always something to do there.”

I could tell that she was partly lying about there being stuff to do, but I didn’t really care. Downtown was better than Papa’s living room!!

We headed out of the house and downtown. I turned Kat’s music up way loud and actually even sang along. By this time I knew most of the songs that she liked, and actually understood the lyrics. I mean, come on, we were halfway through the summer and I spent most of my time with her! If I didn’t know some of the songs, it’d be pathetic!

I had no idea what sprinklers were, but looked around anyway to figure out what on earth she was talking about.

“Where?” I asked, giving up on looking.

She parked and pointed across the street. “Those things that are spraying water!”

I finally noticed what she was talking about.

“They have stuff like this at six flags,” she said, not realizing I had no idea what that was. “They’re fun!”

I raised my eyebrows and looked at her. Basically, it was holes in the ground that sprayed water at you at different times. Not many people were outside since it was, um, raining, so no one was out there playing in them.

“Come on!” she squealed, grabbing my hand and dragging me out of the car.

July air in Louisiana is VERY hot, until it storms. Then it’s like, windy and can get really cold. But when it’s not windy, it’s still hot outside… and muggy. Nice, cold, sprinklers sounded *really* nice!

We ran across the street to where the sprinklers sat, right in front of the river. I was a bit apprehensive… she actually wanted me to run through those sprinklers? In my shorts and tanktop? But these were brand new!!

She didn’t give me much time to contemplate it… she was already in the sprinklers and throwing water on me.

The whining didn’t last long either… she grabbed my arm and dragged me into the sprinklers with her.

“Stop being a baby!” she insisted, still throwing water on me.

I just stood there dumbly, then started throwing water at her. That’s when the actual fun started! We just chased each other around, becoming soaked, attacking each other with water. We stood on the sprinklers when they turned off, and then let them spray up our pants. Wow… it was cold!

Lightening flashed in the distance and there was a roar of thunder that nearly scared the crap out of me. “It’s about to start raining again!” I said, still splashing her with water.

“We’d better go!” she yelled back over another roar of thunder.

She didn’t have much of a choice, because I gently tackled her shortly after that, causing her to fall right in the water. We wrestled for a little while until the rain started pounding. When I say pounding, I mean pounding! I felt like someone was throwing rocks at me! The two of us held onto each other and ran as fast as possible to her car.

I plopped my wet body down on the seat and started giggling like crazy. “T-that was fun!!!” I exclaimed.

She was giggling, too. “Yeah, it was,” she admitted, shivering.

“Me, too,” I answered, not exactly knowing what that meant. The cool thing about hanging out with Kat, though, was that she taught me new words. So when I went back to Mexico, I could teach them to all of my friends… like the bad words!

When we got home, Papa was standing out on the porch, smoking a cigarette and waiting on us. We got out of the car and ran up the stairs, the rain still pounding.

The two of us shoved past him and landed in the living room.

He came inside and slammed the door. “Lizbeth! I want an explaination of this, right now!”

“Uhm… we went and played in the sprinklers?” I said, using English to say the word “sprinklers.”

“Sprinklers. We played in the water. It was fun, Papa! You should have been there!”

“You played in water in this weather! I can’t believe the two of you!”

I gulped. He wasn’t as thrilled as I thought he would be.

I shot Katrina a look. She was worried, I could tell.

We talked a little in both languages. Katrina and I tried to explain to Papa what we did, why we did it, and the fact that we weren’t crazy, just wanted to have fun. Then he lectured about the two of us getting sick from playing in the water in this weather, and the possibility of getting struck by lightening (yeah, I had to bite my lip to keep from laughing when he made that statement).

Finally, he landed the clencher. “You’re both getting a spanking. Lizbeth get me a towel. Katrina, you’re first.”

By now, Kat knew enough Spanish to know what that meant. She gulped as I grabbed the towel and handed it to Papa. He sat down on the couch and placed the towel over his lap, muttering something about not wanting to be wet like we were.

“Come here,” he ordered Katrina. She also understood that.

He tugged at her jeans and pulled them down, motioning for her to step out of them. They were big, baggy jeans. You can imagine how much water they could hold. Tons, in case you couldn’t figure that out. She stood there in her wet T-shirt and panties… which were… oddly enough… a thong. That was… weird. Totally wasn’t expecting it.

Papa didn’t pay any attention to it, though… at least that’s what it seemed. He just pulled her across his lap, tugged her panties down anyway, and began slapping her bottom. I squirmed with each smack, watching her wince and whine and exclaim, “ow!”

This went on for what seemed like an eternity. I was going crazy because I wanted him to stop, I didn’t want to look, and I knew I was next. That’s what drove me the craziest… knowing I was next. I knew that the spanks had to hurt because I knew her bottom was still wet from playing so much! It always hurts when it’s wet.

“I know,” he answered, in English, which I found mildly amusing, until I was brought back to the reality of the spanking taking place.

He finally lifted her up, pulled her panties up, and told her to sit down on the chair at the kitchen table, which was right next to the room we were in. So she’d still have to watch me. Uh oh, that means it was my turn..

I hobbled towards him, sniffling.

He grabbed ahold of my upper arm and shook me slightly. “Young lady, you know better than to play in the water in this kind of weather.”

“I know, Papa,” I said, sniffling again because tears were beginning to fall.

“That was totally irresponsible of you,” he added, tugging my shorts down to the ground, ordering me to step out, and then taking me over his lap. “I will not tolerate this behavior in the future, understand?”

“Yes, Papa,” I said, feeling him peel off my wet panties.

I shivered. He rested a warm hand on my cool backside. I knew it wouldn’t be cool for long and boy, was I right about that! He almost immediately started spanking me, covering my entire tiny bottom in a split second. I was howling in no time! I knew that Javier and my other neighbors could hear me because I was so loud, but I didn’t care! I was getting spanked and it hurt and I wanted him to stop!

“I’m sorry!!!!” I screamed, squirming to no end, trying to free myself from his firm grip. He held onto me tightly, spanking away at my wet bottom. As I’d predicted, it hurt sooooo much more than it would have if it had been a dry bottom!!

He spanked for what felt like days, but Kat told me later that it was only a minute or two. He then let me up and I was bawling, making all sorts of promises about being a good girl.

“Come on, Lizbeth,” he said, pointing to the bathroom. “Shower, get changed into some dry clothes.” He looked at Kat and repeated nearly the same thing in English, implying that she could change into some of his clothes.

Papa ushered me to the shower, turning on the water and making sure it was the right temperature, then he helped me out of my tank top and watched me get in the shower. That’s embarrassing for an eleven year old whose body is changing! But I didn’t feel eleven anyway — I felt more like… six. Besides, he was my Papa… so it wasn’t that bad.

He was still standing there when I got finished, holding out a huge towel. I was still semi-crying, but had gotten better. He wrapped me up in a towel and carried me to the living room, then handed me some dry clothes and snuggled with me until Katrina got out of the shower.

“Are you guys hungry?” she asked, rubbing her bum.

We both nodded. We were always hungry!!

“Tacomania?” she asked Papa, the restaurant that they always ate at when they had the money.

He nodded like crazy and so did I! I loved that restaurant!

What did you think? Cancel reply